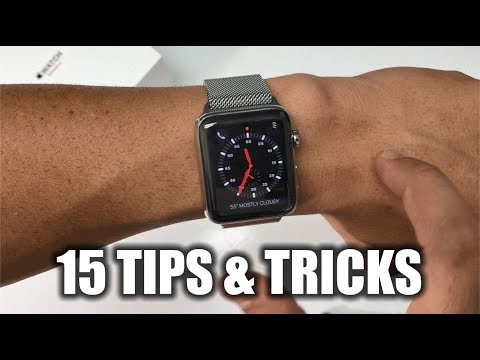 SOS FOMT - Tips to Know Before Your Play (Spoiler Free )

SOS FOMT - Tips to Know Before Your Play (Spoiler Free )
​
Resources
https://fogu.com/sos3/
https://ranchstory.miraheze.org/wiki/Category:Story_of_Seasons:_Friends_of_Mineral_Town
https://vynli.com/story-of-seasons-friends-of-mineral-town-guide-list/
​
Starting Your Game
Unlike more recent SoS games, you will not be able to change your character’s face, hair, or skin tone after starting (you can change skin tone when you first start the game but not after), so choose wisely.
You can choose any day for your birthday. It can be on the same day as a festival. If you choose the same birthday as a bachelobachelorette, their birthday will move to an alternate date.
​
Daily Tasks
Give a gift to the goddess every day! You can give her flowers that you forage. One merchant only unlocks after she receives gifts on 30 different days, so try to get that done quickly.
Attend church confession 1:00 - 4:00 every Monday and Wednesday and on rainy days. I can’t find clear information on how this works, but after you confess you may get a message that you’re forgiven and get a boost to villager or animal relationships, or a reduction in fatigue depending on your confession..
Give gifts to harvest sprites to get them to three hearts which makes them hireable. They all love flour, but each have individual items they like as well.
Watch the cooking channel every Tuesday to start learning recipes. You do NOT need the kitchen to start learning these recipes.
Gift cucumber to kappa daily until you receive the blue power berry.
​
Farming
You can safely walk over your crops in this version of the game.
Unlike recent SoS games, watering crops a second time will not make them grow faster.
There is no fertilizer for crops. Crop rank is based on upgrading your field. You can upgrade it once each year so you cannot get to rank 5 until Y5.
In spring, grow some cucumbers for giving to kappa. You need to give him 10 to get the blue power berry.
There are no winter crops.
You can plant a total of five fruit trees on your farm. You start with one grape tree. You can buy grape, apple, and orange trees. They will be full grown when installed.
You can befriend the Nature Sprite to help you on your farm. Focus on having them tend to your crops, not your animals. If they care for your animals you won’t get the affection increases you get when you do it yourself.
​
Livestock
For convenience you can feed your animals in their bins or let them outside in grass, but if you hand feed them you’ll earn affection.
Livestock you purchase max at 5 hearts. You must breed a 5 heart animal to get a 6 heart, and so on requiring 5 generations of breeding to max out. After you get to a 10 heart animal, all animals you buy of that type can reach 10 hearts. If you want to be efficient as possible, only get one breed of cow and focus on raising its affection and then breeding. After you get to 10 hearts, you can buy the other breeds of cow without limited hearts.
​
Pets
You can only get pets one day per season on the 15th, with a different animal available each season: Spring = cat, Summer = penguin, Fall = dog, Winter = capybara.
CRUCIAL: You CANNOT get another pet until your current pet is at 8 hearts. This will take a minimum of 2 ½ seasons so plan your pets accordingly.
If you want to have an adult pet for the Frisbee Contest in Summer Y2, you will need to get a penguin in Summer Y1.
​
Villagers
You can earn FP and LP in the usual ways (walking, giving gifts). Each day you don’t talk to a villager, there is a chance you will lose FP and LP so try to avoid ignoring characters for too long.
​
Save Scumming
Some players may wish to leave their fate to the RNG gods, but others seek more control. That’s where you can use save scumming, or the practice of closing your game out without saving to reload different results. Uses in SOS FOMT include:
WEATHER: Weather is predetermined the day before, but you can use the weather channel to ensure you don’t have to lose an entire day’s work to change it. For example, if you need the pet merchant to be open on the 15th, save right before going to bed on the 13th. Go to bed and when you wake up immediately check the weather channel. If it says rain, close and reopen your game, then repeat until you get a sunny weather report.
CONFESSION: Each time you confess there is a chance you’ll be forgiven and get a bonus. You can save before confessing and reload if you don’t get forgiveness.
MINING: The ladder on each floor is loaded when you get to the floor. If you need to get to lower floors without using up your stamina, save when you get to the floor and dig until you find the ladder. Then reload the game and go straight for the ladder. Repeat on each floor.
BETTING: You can save before you place bets at the horse race and then reload if you lose.
​
​
Is there anything I should add here? I left off anything about specific villages or events to keep it spoiler free. If you have questions or corrections, let me know!

[Tales From the Terran Republic] The Poop Starts to Settle Part 3 of 2: Sheloran Moves In

From 0 programming knowledge to the appstore in 7 months. If i can do it everyone can do it.

From 0 programming knowledge to the appstore in 7 months. If i can do it everyone can do it.

I'm finalizing my portfolio for this year.

‎Show Golf Betting System Podcast, Ep Genesis Invitational 2020 - Golf Betting Tips - 11 Feb 2020 ‎Episode 112 - Tiger Woods makes his second 2020 PGA Tour outing at his own tournament this week in Los Angeles. ‎BetsWall is the world's first and best football & basketball betting tips engine with win rate of over 84%. Predictions are made by the artificial intelligence software we have developed in years. We share predictions of BetsWall Engine a few hours before the matches start. BetsWall's sports betti… The OLBG Mobile Betting App gives you all the sports betting tips and expert writeups from the OLBG community at your fingertips. OLBG SPORTS BETTING TIPS APP Helping punters find winners with FREE tips from 1000s of expert tipsters across 18 sports. Don’t miss the next big winner! Winning King Betting Tips on PC (Windows / MAC) Download and install BlueStacks or Remix OS Player. Open the installed BlueStacks or Remix OS Player and open the Google Play Store in it. Now search for “Winning King Betting Tips” using the Play Store. Install the game and open the app drawer or all apps in the emulator. Claim New Customer Offer. 18+. New customers using promo code EPGW100. Max £1 bet at 100/1. Applies to bets placed from 09:00 on 17 July 2020 until 18:00 on 19 July 2020.

Apple & Onion Have Some Tips - Sing Along Cartoon Network

Guys in this video i take you through my entire interview process at the apple store. From the first to the last interview. enjoy! good luck! Here is how to use the Apple Magic Mouse 2 tips, features, settings and gestures tutorial. If you are new to Mac or Macbook Pros this video will help you setup your Apple Magic Mouse Settings, the ... Apple & Onion try their hardest to figure out how to make tips at their job. Roller skates, sneak attacks, duck costumes... Will any of their plans work? Epi... What better way to get some tips than a song about tips! Play the brand new free game here: https://appleandoniongame.cartoonnetw... Brand New Show UK– Apple & Onion - Starts Monday, 27th of ... Tips Para Usar Apple Watch - 30 Trucos - Duration: 19:17. Tech Santos 592,769 views. 19:17. Apple Watch 4 review -más GRANDE y con teléfono integrado- - Duration: 19:52.